My journey into healing began many years ago when I sought an alternative to treatment for my son who was diagnosed with generalized anxiety disorder. At that time the medical establishment’s only option was a pharmaceutical one. Unhappy with this, I searched for another answer and found Reiki – an energy medicine modality from Japan. Reiki was a blessing 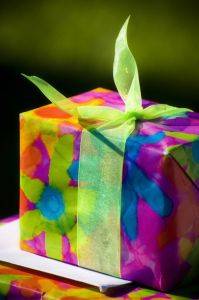 to my family; along with Bach Flower Rescue Remedy, it enabled me to provide relief for a child in a way that did not include side effects or potential long term complications. Reiki is a fine modality and provided much-needed relief for my son, but as someone professionally rooted in the scientific and business communities, it was not a practice I was comfortable integrating into my life beyond the walls of my home. As my son improved and grew into a healthy teenager, I drifted away from the study and practice of energy medicine, consumed with my career and professional endeavors, or so I thought.

Throughout my life, both personally and professionally, I have been drawn to the theme of healing in one form or another. My career has spanned work as a nursing assistant in high school, a Hospital Corpsman in the US Navy, medical laboratory professional, mother, and a stint in nursing school (I left to return to the clinical laboratory). Currently, I am an educator, grand-mother and daughter of aging parents. All of these opportunities have provided rich experiences in life, healing and the wonders of things unknown, but none have been as incredible as those involved in being a grandmother.

My grandson was born beautiful and healthy and at age three, he keeps all of us hopping. My granddaughter, just a year old at this writing, was also born beautiful and seemingly healthy, but with a very different approach to life. Little Ella was due toward the end of September, but my daughter’s pregnancy was difficult, and combined with the obstetrician’s schedule and other issues, her C-Section was set for two weeks before the estimated due date. I was uncomfortable with the timing, but who among us would stand between their pregnant daughter and obstetrician? Ella was delivered and except for a light vascular birthmark on one side of her body, she was a healthy newborn.

Ella settled into life in our family, although much differently than had her brother. Ours is a boisterous and noisy family. While her brother fit right in, leading the noise and activity most days, as a small infant, Ella was bothered by noise, light and commotion. We have all commented at various times that “Ella didn’t know what she was getting herself into coming into THIS family!” In my gut, I continued to feel that she had been delivered too soon, but since we were seeing no physical complications, I ignored my instincts, grateful for yet another healthy baby.

At four months, we noticed Ella’s left leg seemed to be swollen. After checking for tight clothing, rash or bug bite and finding nothing, my daughter called the pediatrician, who referred Ella to a pediatric dermatologist, suspicious that her birthmark was involved. After examination, we were told that Ella had Klippel Trenauay-Weber Syndrome (KTWS); a rare genetic defect that is characterized by a port-wine stain, varicose veins, and hypertrophy (excessive growth) of bone and soft tissue involving an arm or leg (and sometimes both). He told them that there was nothing that could be done, and that she would have to buy two different sizes of shoes, might need a shoe insert as one leg may grow longer than the other, and cautioned them not to surf the web because it would scare them. While initially shell shocked, we eventually settled into a sense of gratitude, since in the realm of bad news, this seemed minor. However, I kept wondering about the timing of her delivery, healing and the nag-ging sense that modern medicine may not have every answer.

Not long after completing Healing Touch Level I in April 2009, I assessed Ella’s energy system and found an extremely congested root chakra. Instinctively I began Magnetic Passes – Hands in Motion to clear this energy block, then did a Chakra Connection. I shared this finding with my daughter and taught her to assess Ella’s energy, and showed her theHands in Motion technique – suggesting that she do this at bedtime. The root chakra represents our grounding in this physical world; our place among our “tribe” and our connection to this time and space. I remembered my concern about Ella’s delivery — her seeming reticence to embrace the noise and activity of daily life. I pondered the connection, and continued regular Healing Touch interventions with her. In the meantime, she was scheduled for a series of imaging scans, and a follow up with the pediatric dermatologist.

This past Summer Ella had her follow up. After examining Ella, the physician could not believe what he saw. He called in the physician’s assistant and another physician to compare the pictures from her initial visit to how her leg appeared now. He looked at my daughter and said, “I can’t explain this. I’ve never seen KTWS get better – it usually gets worse. It looks as though your daughter is healing herself!” He went on to tell my daughter that at this time, there is no need to follow up with their specialty practice.

In Healing Touch, we emphasize the difference between heal-ing and curing. I do not speak of Ella as being cured, but I do know that she is benefiting from the practice of Healing Touch in ways none of us may ever fully understand. As noted in the literature, the goal of Healing Touch “is to restore balance and harmony in the energy system placing the client in a position to self heal.” Ella is now crawling like a champ, pulling herself up and will be walking any day. I continue to provide regular Healing Touch treatments to balance her energy system – to encourage self-healing – and I am proud to report that she now competes with her brother in noise and activity level. We recently purchased a new pair of walking shoes for her – a single pair in one size. We are very grateful to Healing Touch Program for offering classes and to the Healing Touch community for continuing to “do the work” that enabled this grand-mother to bring home the gift of healing.

Rebecca Harmon, MPM, RHIA, a Healing Touch Level 3 Student, is an Assistant Professor in the department of Health In-formation Management at the University of Pittsburgh’s School of Health and Rehabilitation Sciences. She is nearing completion of her PhD in Education where her research focus is on the use of holistic (non-pharmacological) interventions in elementary students believed to be exhibiting signs/symptoms of Attention Deficit Hyperactivity Disorder (ADHD). Healing Touch will play a prominent role in the research which she hopes will change the way children with behavior disorders are evaluated and treated/ managed — moving away from the default response of prescribing stimulant medications and looking to more natural interventions. With a BS and MA in education, Jackie taught high school for eighteen years before becoming an RN and “coming home” to Healing Touch (HT)

It Only Takes A Nudge