My Journey into Energy Medicine — Healing Touch of Tau 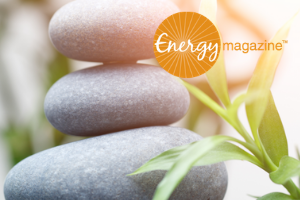 Green Healing modalities were, according to my physicians in 1997, the best route for me to reclaim my health after finding that I was allergic to dozens of foods and everyday substances that we encounter in our environment like newspapers (because of soy based inks), automobile exhaust, new carpeting, curtains, lettuce, rice, milk, most fruits, mold and pollen to name only a few. This assessment came after 38 years of constantly being ill, first as an infant, and then as a Full Professor of Physical Sciences and Chemistry, after having worked for almost 15 years in the power industry as an environmental chemist and environmental control systems engineer.

I developed the term Green Healing to refer to healing modalities that do not add chemicals into the body to treat a disease or to repair the body from injury.

When I was young, every year I would come down with the flu or a cold that would last for months. By the time I became a college student, I could count on having an annual bout of pneumonia. I was so physically pathetic as a child that I had to argue with my parents so that I could “go away” to college. My job, as a professional from 1979-1992, in the coalfired power industry and finally at NASA‘s Lewis Research Center (Power Center) in Cleveland, Ohio, was to understand how electrical systems produced power and what pollution was caused by the production, particularly its impact on the human body and ecosystems. Eventually I would learn the pollution that was being produced by coal-fired plants and the petrochemical industry had been compromising my body since birth.

Antibiotics, allergy shots and prescription medications provided temporary hiatuses from my perennial physical battles when I was young, but grew worse when I began to work and commute by car two to four hours per day. My personal gestalt for the impact of pollution on my body came between 19982000 when I found myself working on campus during the construction of a new science center. Most of the work protocols being used violated OSHA and EPA regulations: painting indoors during the day without proper ventilation and the improper disposal of environmental waste streams.

In 2000 my treating allopathic doctors concluded after numerous allergy and immunology tests that I had Multiple Chemical Sensitivity. This was the best conclusion they could reach—given my reactivity to almost everything in my environment. They could not ethically allow me to take allergy shots because of the residual mold to which I began reacting due to my allergic reactions to food. I could not take the annual flu shots. I was allergic to most food supplements that contain gluten, wheat, rice, milk and casein. So I was allergic to most of the vitamins and supplements on the market. I was also found to be allergic to newspaper ink and was having severe reactions to automobile interiors and automobile exhaust.

My physicians informed me that I had to help them find a way to heal me that was natural. My initial set of treating physicians and I eventually agreed that I should learn how to use yoga to work on my endocrine system and my digestive/elimination systems. Also to use naturopathy to help me with nutritional choices and natural detoxification to release chemicals that my body had absorbed on the job and in my day to day surroundings. This led me to becoming a naturopathic doctor focusing on using aromatherapy, homeopathy, reflexology and herbology to heal myself.

My search for Green Healing, healing that was complementary and alternative to my allopathic treatments, eventually led me to Healing Touch (HT). In July 2009 I met four Healing Touch Program instructors who were conducting Level 4/5 retreats in Techny, Illinois, where I was wrapping up my 200 HR Yoga teacher training from the Temple of Kriya Yoga. I did not know who they were and I did not know anything about Healing Touch.
Our conversation began spontaneously and may have been generated by a discussion around chakras and healing since these concepts were part of the training literature elucidated by Goswami Kriyananda in his seminal work, The Spiritual Science of Kriya Yoga (Temple of Kriya Yoga, Chicago, 2006). The love generated by these women was incredible. They began to talk to me about Healing Touch. As we rode the elevator I missed the floor where the Yoga class was being held to continue the conversation about what Healing Touch was and how it acted non-invasively on the body. The Healing Touch instructors assured me that one day I was going to become one of them in my quest for a non-invasive green/natural healing modality for myself and others. It was through these conversations that I decided to become a Healing Touch practitioner.

In July 2016 I completed Level 5 of the program and in October of 2016, I became a Healing Touch Certified Practitioner. During this period from 2009 to 2016, I also became a 500 HR Yoga instructor focused on yoga therapy, breathwork and bodywork (asanas) to help me deal with environmental health issues. It was the integration of Healing Touch techniques, however, that allowed me to begin developing an integrated and Green Healing protocol for myself and now others with the creation of Healing Touch of Tau.

The protocol for Green Healing continues to evolve for me as a practitioner. At this point, the protocol integrates the use of yogic breath (Pranayama) and awareness of the anatomy and physiology—with Catholic charismatic healing ideologies superimposed, or rather integrated, into Healing Touch (as the grounding framework). I think there can be no “standard” protocol because there is no one-size-fitsall green remedy for the clients that we encounter. Each human being has a different set of environmental or climate circumstances that will result in a particular morbidity and environmental/climate disease. I do believe, however, that the Healing Touch techniques Magnetic Clearing and Lymphatic Drain are major staples of a Green Healing toolbox because we are dealing with chemical exposures to the body for both short-term and generational exposures.

Green Healing is an emerging energy healing protocol and one that is overdue because according to the Brookings Institution, as of 2014, 14 million people in the United States live in extremely poor neighborhoods, 5 million more than before the downturn in 2008 and more than twice as many as in 2000 (1). I believe Green Healing will become a fundamental tool for achieving both environmental and climate justice since extremely poor neighborhoods bear the most severe consequences of climate change, environmental degradation and pollution as they are more likely to be adjacent to hazardous waste sites, municipal landfills, pollution-emitting power plants, factories and highways that are used by exhaust-producing cars (2). Because of their exposure to these agents, low-income communities have a higher incidence of environmental health problems like asthma, lead poisoning, mercury poisoning and chronic obstructive pulmonary disease (COPD). The need to know how to ameliorate environmental health disparities is critical for impoverished individuals because they are less likely to have the ability to move from these neighborhoods.  Environmental health problems are well known for causing anxiety and depression. In fact, up to 33% of children and adults with asthma have psychiatric disorders, especially anxiety disorders (3). Similarly, 10% to 42% of people with COPD have clinical depression and 10% to 19% have an anxiety disorder (4). Finally, it is well known that both lead and mercury poisoning cause depression and anxiety disorders (5).

On August 8, 2016, Healing Touch of Tau became an Illinois not-for-profit corporation and the IRS approved the organization as a 501 C3 public charity on November 7, 2016. To address the needs discussed above, Healing Touch of Tau has developed programs in support of those living in extremely poor neighborhoods and communities (e.g. prison populations) who are disproportionately affected by environmental changes. The activities are intended to provide relief from stress and pain.

The Healing Touch of Tau programs that we are developing are attentive to Pope Francis’ plea within his encyclical, On Care for Our Common Home (Laudato Si’). The encyclical is written as an inclusive dialogue and describes how we are negatively affecting the future of our planet. In the appeal Pope Francis asks people to acknowledge the urgent environmental challenges. He comments that poor nations are not able to adapt to the effects of climate change and that the poor will bear the impact of its effects. Linking the issues of poverty and the environment, the Pope insists that the world must “hear both the cry of the earth and the cry of the poor. (6). What louder cry could there be than of people whose bodies are in some cases being genetically modified by exposure to environmental pollutants? What greater act of love could there be than to use energy (versus other chemicals) to help restore their biological integrity?

Heeding the Pope’s request, Healing Touch of Tau will offer complimentary Healing Touch to individuals at high risk for environmental and climate health disparities such as individuals who live in urban and rural areas, incarcerated pregnant women and institutionalized children who suffer from asthma and environmental illnesses.

In October 2016 I began providing Healing Touch to two incarcerated women (one was pregnant and the other was still breastfeeding her 10-month old baby) who were residing in a highly compromised environmental infrastructure that was built in the late nineteenth century. All the clients I have seen have given the feedback that Healing Touch has had an immediate impact on their environmental health issues.

One of the clients we saw in November asked Healing Touch of Tau to support the not-for-profit group Reproductive Justice’s initiatives for pregnant women living in environmentally marginalized areas. Healing Touch of Tau will be meeting major environmental and climate justice activists to discuss how we might work with them to develop Green Healing clinics in Chicago and nationally. Additionally, as of this writing, two Green Healing clinics will be held in conjunction with my formal public speaking engagements in February 2017 for the Diocese of Oakland, California, and for Dominican University in River Forest, Illinois. Green Healing is overdue for a world assaulted by environmental pollution and climate change.

It is our goal now to just “do the work,” in the words of Healing Touch founder Janet Mentgen, in supporting the healing process for environmentally and climate compromised communities.