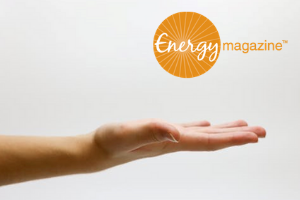 Teaching for the college added some challenges to how I was accustomed to teaching. Because of it being a credited course, I needed to develop several assignments that could be graded.

Over these many years, I have read many essays that have touched my heart in some way. Nick’s story was one of these. His essay touched me to my core and brought me to tears. (It continues to bring me to tears every time I read it.) As I read his story, I felt Janet’s (the founder of Healing Touch) presence and her humble gratitude that the program was helping someone heal at such a deep level.

Here is Nick’s story — his beautiful, painful story. Out of the pain has come such beauty, hope and forward movement. Thank you, Nick, for your courage and the willingness to share your deeply personal story. You and your story will live in my heart forever.

Nick’s Story: (Shared with his permission)

I enrolled in the Healing Touch class not only for the purpose of fulfilling requisites of a certificate and for its convenience in scheduling, but also for another reason that has been nagging me in my head for years: there must be more to life than my being and your being. There simply is a connection between one organism and another. Why are other people not able to see that? Why am I told to live in such a disconnected, disjointed world? How can other people survive under that false sense of being?

I began my walk down the Healing Touch path when I was very young. I was around seven and in the supermarket with my mom. It was a normal day. She was talking to another person in her usual depth and extended manner. I wandered the store and came back with some of the items on her list. I nudged her to make it clear it was time to keep moving; she smiled at me, and then at the lady behind the butcher counter. When we were a few aisles away, she pulled me close and said, “When you see that woman, I want you to be kind to her.” I did not recognize her, knew she was new at the store and asked how she knew the butcher. “Well, we just met, but her son just went to jail, her husband is somewhere else and she does not know what to do.” It was typical of my mom to talk extensively with people, but how did a stranger she just met tell her all of those things? My mom knew what I was thinking, smiled, pulled me closer and said, “It is best to love someone unconditionally first. When you love them first, it is easy to find out why you love them.”

Now, twenty-five years later, I have traveled across the world, studied too many subjects and loved so many people. My being, like everyone else’s, tunes in and out of my own spirituality even though I know it affects those around me. I am not perfect, but I know that my very foundation will steer me well. The trauma of my life has been significant to say the least, but Healing Touch has shocked me in how well it can address those things — even after only one class!

In 2006 my younger sister committed suicide and the only reason why, that I can come up with, is that she needed a better big brother. After she died I ran away to Southeast Asia to work with Burmese refugees. Yes, I wanted to help people, but I was also running away. My time there ended when my camp was attacked and 30% of my skull was bashed in with the end of a rifle. I experienced a severe traumatic brain injury — in a third world country. I should be dead, or worse. I smile and say that I am the proof that miracles exist, but I am just so broken.

At the close of Healing Touch Level 1, we did the Chakra Spread. Something unwound in me that I did not recognize. I saw my sister’s face clearer than I had since we buried her. The right half of my skull felt strange, like it had been leaking something but was now closed. I honestly felt like someone who I thought had died. . . like I was the Nick of my youth.

In May I will begin a graduate program to become a Nurse Practitioner specializing in psychiatry and mental health. I was accepted to my dream school because, in part, I proposed to write a thesis on the benefits of alternative therapy on traumatic brain injury patients. I know that nutritional counseling, talk therapy and touch therapies have helped me tremendously in my own recovery.

I wrote this journal in tears because I know that I have found a way to help others, who, like me, hide their sadness, fear and pain. I have the love. I have the hands. I am going to change the world. .